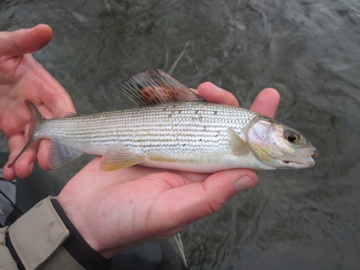 November has until recent days treated us well. Good fishing on lake and river overall and more anglers than ever eager to sample a great fly fishing experience at this time of year.

This week however, frustration rules supreme! Lakes are frozen, rivers are harder to access and understandably, most people are not keen to travel unless essential. We are as ever understanding, rescheduling your trips as desired. As we move into winter, we understand weather conditions are going to be more volatile. In tern we are equally flexible in arranging our days waterside with you. If weather says no, we go another day!

Anglers experienced action with some nice grayling this month. Dry fly accounted for a few fish during brief, sparse hatches of stonefly, LDOs or midges. As you would expect however, nymphing stole the show, with beadhead PTN, HE, shrimp patterns, czech nymphs. A few of our specials really did the business, look out for upcoming fly tying posts!

Kris Kent joined Steve on the Wye for a special grayling trip he purchased for MFF’s 2010 Wild Trout Trust auction lot. Despite the river being blown out for days prior to the trip, water dropped and cleared for the great day and Kris hooked a number of nice grayling.

Twice during the day, Kris’s 4 weight bent substantially under the strain of a very big grayling. Unfortunately both came adrift, though not before we caught a very good look at them in full autumn colour, giving Kris good reason to comeback again!

Not everyone digs the big fish thing and it’s true trout of 4-8lbs are faster off the mark than the lunkers, once those big fish get going though it is hard to stop them!

Regardless of size, cold water suits rainbows and they are fighting like demons now. Top flies are lures of the Tadpole and Minkie styles, while bloodworm, buzzers, HE, crunchers and diawl bachs are racking up numbers of nymphing trout. Given the right conditions small CDC dries suggesting midge and olives are also taking fish.

See the ice forming in the above picture, 48 hours later the lakes were frozen solid. Prior to this though, midges hatched during warmer parts of the day and trout responded. Buzzer/bloodworm combo is lethal at this time of year!

When this cold spell lifts, we are in for some hectic action. Initially lakes will be best as ice out triggers a feeding frenzy in trout and pike (we’ve caught lots of jacks (small pike up to 8lbs) lately). Once rivers overcome the initial run off, they will return to good form too.

We have a number of pre Christmas trips lined up for pike, trout and grayling. If the thought of targeting big trout, trying pike on the fly at our exclusive location or bugging some grayling has you itching to hit the water, contact us when the thaw is in sight to discuss your trip.

Keep up to date with our latest freeze news via Facebook!